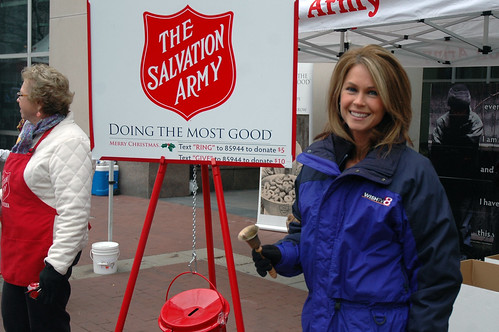 Angela Buchman of WISH-TV8 takes her turn at the Red Kettle on Monument Circle.

Celebrity Bellringing is part of The Salvation Army’s Tree of Lights Campaign.  This year’s campaign hopes to raise $2.93 million.  The money raised will go to support Salvation Army programs for those in need throughout central Indiana.