But don’t worry — no cupcakes were harmed or wasted.

Lat Thursday, K-LOVE Radio, a network of contemporary Christian stations, teamed up with The Salvation Army as part of an employee team building exercise. Employees from Indianapolis, Chicago, Pittsburg and New York City participated in the surprise event.

“Our team still does not know they are doing this,” said Bethany Derringer, senior promotions manager at K-LOVE, before the event. “When they find out, they are going to be split into two teams and given 20 minutes to plan out their cupcake recipes with the knowledge that their judges are a bunch of kiddos — so they need to plan for flavors that kids would like.”

The event was also a surprise to about 50 kids participating in day camp. A few lucky campers were chosen to help the two K-LOVE Cupcake Wars teams: Patty Cakes and Yum Squad.

Utter excitement filled the room as the teams mixed their ingredients and got their cupcakes ready to bake. Both teams opted for cupcakes made in ice cream cones. Patty Cakes went the extra mile by making a sugary, rich icing from scratch.

While the cupcakes baked, K-LOVE introduced their team members to the children and hosted a question and answer session, but as the sweet smell of chocolate and vanilla cupcakes filled the air, kids and staff just couldn’t stay in their seats.

Once the cupcakes were pulled from the oven to cool, the kids had moved onto playing games and coloring photos with the K-LOVE staff and monkey mascot.

Loud cheering ensued as the cupcakes were being iced and decorated:

“I say patty, you say cake!” yelled one side of the room.


Finally it was judgment time.

Three campers were selected to try both teams’ cupcakes then vote on their favorite. With the results in hand, Divisional Commander John Turner hushed the hyper crowd.

“I bet you would like to know who the winner is,” he teased. “With a large majority of the votes, it looks like team Patty Cakes is the winner of Cupcake Wars.”

Members of the winning team, including the judges, jumped up and down with delight. Cupcakes were passed around for everyone to enjoy. Both kids and K-LOVE staff had an excellent and fun afternoon.

“My ultimate goal with this was not only for my staff to learn to work together in an unfamiliar area, but to also learn to lead with others, your campers, while having fun at the same time,” Derringer said. “And for them to be introduced to some of the great programs that The Salvation Army offers.” 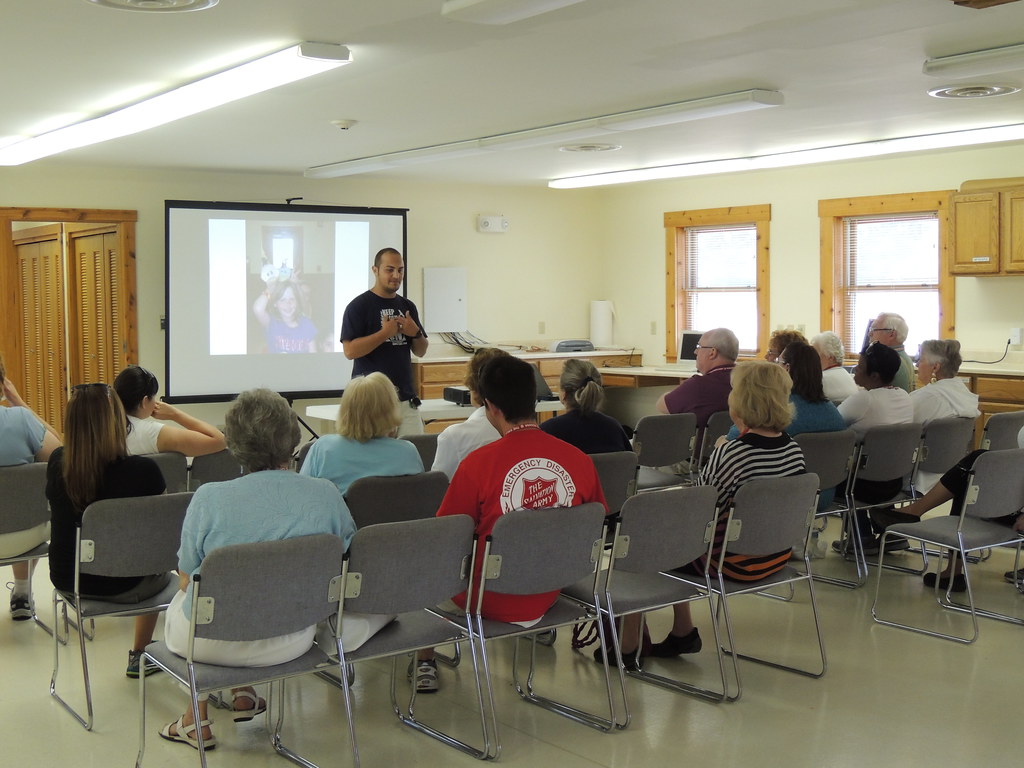