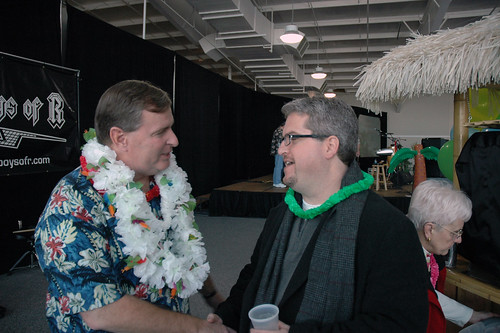 The Second Annual Mayor’s Community Luau was held today at the Indianapolis Motor Speedway.  The celebration raised donations for several local charities including The Salvation Army.

The event was hosted by Indianapolis Mayor Greg Ballard and his wife, Winnie.  The Mayor has been a tremendous supporter of The Salvation Army and has been a guest at the Army’s Tree of Lights Kick-Off, WIBC Radiothon, and its weekly radio program, Red Shield Radio.