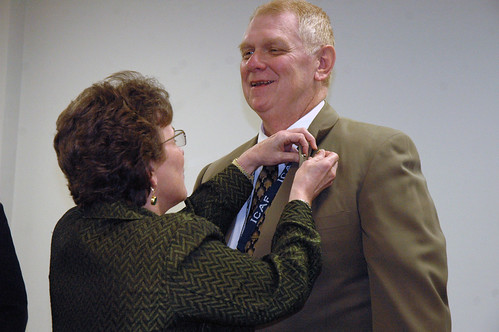 Ed Offerman and Bethany Nelson were added as new members of The Salvation Army's Advisory Board April 14, 2010.

Two new members have been recruited to join the board, Outreach Developer for Response Christian Church Bethany Nelson and Division Contract Manager of Indiana Family and Social Services Administration Ed Offerman. Nelson and Offerman were both inducted into the Advisory Board April 14, 2010.

These talented and accomplished individuals have been selected by the nominating committee for several reasons. Nelson has experience serving people. From 1999 to 2003 she organized and operated children’s activities as director of Children’s Ministry. Now with the Response Christian Church, Nelson has helped set up a community center. 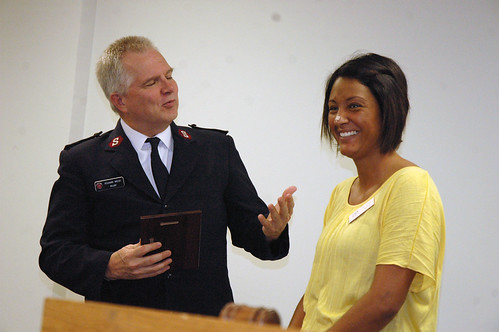 Major Richard Amick welcomed the new members to the Advisory Board.

“Being a fresh mind of what works with women and children in this society,” is how Nelson says she will contribute to the Advisory Board. Nelson is a believer in second chances and rehabilitation. Her educational background is in early childhood development and behavioral studies.

“We know you’ll be eyes and ears for us,” Divisional Commander Richard Amick said to Nelson as she was introduced as a new member.

Offerman has a long history in leadership. Before he landed his current position, he was Director of DCMA Raytheon Technical Services Company and then became Deputy Director of Defense Contract Management Agency.

As a retiree from the military, Offerman feels that his services could best be used in both domestic and international emergency disaster services. He has experience working with logistics and contract compliance. In his introduction Offerman was quoted saying, “It’s not about me, it’s about getting done what needs to be done.”