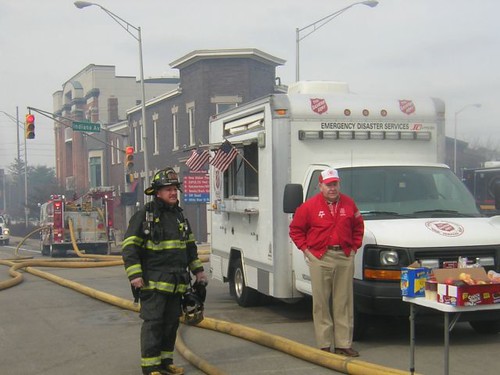 The Salvation Army was on site to provide food and hydration for firefighters and emergency workers.

Indianapolis – The Salvation Army’s Emergency Disaster Service was called into action at yesterday’s massive apartment fire in downtown Indianapolis.  The fire at the Cosmopolitan Apartment Complex near the canal began early Thursday morning and burned well into the evening.  Fortunately, the complex was under construction and had no residents living in it.

More than 125 fire fighters responded to the blaze along with emergency workers and police.  The Salvation Army served lunch to more than 200 fire fighters and other responders along with hot coffee, beverages and snacks.