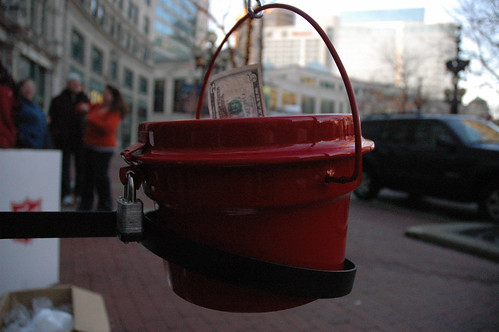 There is still time to donate to The Salvation Army's 2009 Tree of Lights Campaign.

Christmas has come and gone, but there is still time to donate to The Salvation Army’s Christmas season fundraiser. The funds raised by the Tree of Lights Campaign will help with the organization’s services throughout the year for central Indiana.

The kick off to the campaign was November 19 and donations will be taken until January 31, 2010. The goal is to raise $3 million this year and The Salvation Army has already reached 70 percent of that goal by raising $2,108,881 thus far.

Bell ringing has stopped for the most part for the season, with the last of the volunteers ringing the day after Christmas.

The Salvation Army provides many services to Indiana including disaster services, child care, drug and alcohol rehabilitation and shelter for battered and homeless women and children. To donate online and help with these services through the Tree of Lights Campaign click here.