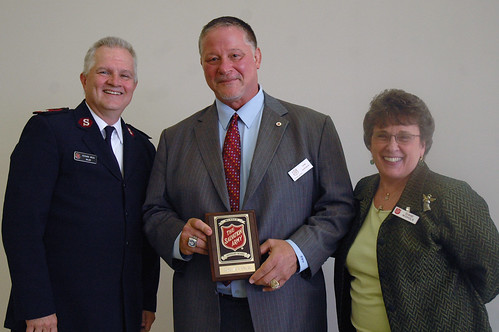 Senior Vice President of Sales and Marketing for the Indianapolis Colts, Tom Zupancic, was installed as the newest member of The Salvation Army’s Advisory Board on Wednesday.

Tom joined the Colts Organization in 1984 and served as the Strength and Conditioning Coach until 1999.  He is an active ambassador for the Colts and serves on the boards of the Children’s Bureau, CYO Board, Speedway Exchange Club, Leukemia Society, 21st Century Charter School, Fountain Square Charter School, The GEO Foundation, and the Board of Trustees for the University of Indianapolis.